Canadian artist Patrick Watson’s music video for his track “Here Comes The River” debuts; watch/share it here: https://smarturl.it/HereComesTheRiverYT. The song appears on Watson’s album, Wave, which is out now on Domino / Secret City (Canada). Fans can listen to the record here: http://smarturl.it/PatrickWatsonWave.

Arizona O’Neill, who directed the video, says, “Everyone who hears this song relates to it profoundly in one way or another. It morphs for each person, depending on their personal experiences. I wanted to capture the raw emotions of the song by stripping away all gimmicks and filming Patrick singing on our city’s public pianos. It was important to film in Montreal because he is from the city and is so beloved here. Patrick has an amazing stage presence and to be able to capture that I had to get him in front of a real audience. This way I could also capture the happy, sad, and nostalgic feelings that the song evokes through the eyes of listeners. My favorite part of the video, however, was filming Patrick on an enormous swan paddle boat in the middle of the canal.”

The new music is garnering early acclaim from NPR Music who featured Wave in their “New Music Friday” column and called the music, “Delicate, fragile and beautiful.” MOJO proclaimed, “Québécois maven drapes his red velvet falsetto over songs about loss and melancholy,” while Loud And Quiet named it “one of the most affecting albums you’ll hear all year.”

Wave, which was produced by Watson, was recorded and mixed by Rob Heaney at Studio 105 and Studio Pierre-Marchand in Montreal. During the making of the album, Patrick lost his mother, his longtime drummer left the group and he and his partner separated. Of the album, Watson notes, “The songs are about how sometimes you have to sing a love song to yourself when no one else will, allowing the sound to carry you and learning to trust where you will land. It is very personal, intimate and the most humble of all my records.”

Watson composes, performs and records his albums with his full band, which includes Joe Grass (guitar), Evan Tighe (drums) and Mishka Stein (bass). The recipients of Canada’s Polaris Music Prize in 2007, in addition to Juno and Polaris nominations, Watson and his band have toured on all continents, on occasion playing with full orchestras to bring the rich music to life. Raised and still living in Montreal, Watson has composed several scores for both film and television, including a trailer for “The Walking Dead” and Wim Wenders’ 3D film Everything Will Be Fine. 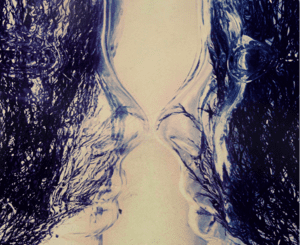