Tickets For The Arlington Date On Sale Monday, March 14 at 10am

THE TOUR INCLUDES RESCHEDULED SHOWS IN:

WITH A 2ND LONDON SHOW ADDED

AND NEW SHOWS ANNOUNCED IN:

Tickets For The Rescheduled Shows On Sale Now

Tickets for the newly added Lady Gaga presents The Chromatica Ball tour dates go on sale starting Friday, March 11th in Arnhem and London and on Monday, March 14h in all additional markets at www.ticketmaster.com. Tickets for the rescheduled shows in Paris (7/24), London (7/29), Toronto (8/06), East Rutherford (8/11), Chicago (8/15) and Boston (8/19) are on sale now with all previously purchased tickets remaining valid for this summer’s events.

For all shows in the U.S., $1.00 from each ticket sold shall be donated to Born This Way Foundation.  Founded by Lady Gaga and her mother Cynthia Germanotta in 2012, Born This Way Foundation is committed to supporting the wellness of young people and working with them to build a kinder and braver world. We work with young people to build communities that provide approachable resources, foster genuine connections and drive action.

Citi is the official card of the Lady Gaga The Chromatica Ball for all US concert dates. Citi cardmembers will have access to presale tickets beginning Tuesday, March 8th at 10AM local time until Friday, March 11th at 5PM local time through the Citi Entertainment program. For complete presale details visit www.citientertainment.com.

For complete tour and ticketing information visit: www.livenation.com and www.ladygaga.com.

Academy Award, Golden Globe and 12-time Grammy-winner Lady Gaga is a one-of-a kind artist and performer. She has amassed an outstanding 36 million global album sales, 60 billion streams and 393 million in song consumption, making her one of the best-selling musicians of all time. Gaga is also one of the biggest living forces in social media with over 55 million followerd on Facebook, over 84 million followers on Twitter and over 51 million followers on Instagram.

In 2008, Gaga released her first album The Fame swiftly followed by The Fame Monster (2009). Gaga then went on to release the iconic Born This Way album in 2011. To celebrate the 10-year anniversary of this album, in June 2021 Gaga released a reissue of the original album as Born This Way The Tenth Anniversary, that featured reimagined versions of her classic songs from prominent LGBTQIA+ musicians and advocates. Gaga also received a key to the city of West Hollywood, forever marking May 23rd as “Born This Way Day.”

In 2013, Gaga released her third studio album ArtPop (2013) followed by Cheek to Cheek (2014), her collaborative album with Tony Bennett. The album dedicated to the American Songbook debuted at #1 on the Billboard album charts. In 2016, Gaga released her fifth studio album Joanne, earning her a Grammy for Best Pop Solo Performance of “Joanne, Where Do You Think You’re Going?”

In October 2018, Gaga starred alongside Bradley Cooper in the Warner Brothers remake of the classic film, A Star is Born. Her performance led her to an Oscar Nomination for Best Actress, a Golden Globe nomination for Best Performance by an Actress in a Motion Picture, a Critics’ Choice Award and National Board of Review Award for Best Actress in a Motion Picture. That same year, Gaga reached her 5th consecutive #1 album on the Billboard Top 200 chart for the A Star is Born soundtrack. In June 2019, the soundtrack went on to be certified double platinum in the US, has been #1 four times since its release in 2018 and has sold over 6 million copies worldwide. Gaga co-wrote, produced and performed the song “Shallow,” for the film, for which she has won an Oscar, a Golden Globe and a Critics’ Choice award for Best Original Song. She also received two Grammy wins for “Shallow” including Best Pop Duo/Group Performance and Best Song Written for Visual Media and two nominations including Song of the Year and Record of the Year. In 2020, Gaga received two more Grammy wins for the film, including Compilation Soundtrack for Visual Media and Song Written for Visual Media for the song “I’ll Never Love Again.”

In May 2020, Gaga released her sixth studio album Chromatica, which features collaborations with Ariana Grande, Elton John and Blackpink and is executive produced by BloodPop® and Lady Gaga. Chromatica marked Gaga’s 6th consecutive #1 album on the Billboard 200 chart, making her the first female artist to do so over a ten-year period (2011-2020). Her collaboration with Ariana Grande for “Rain On Me,” marked the biggest Spotify debut of 2020, reaching #1 on the Global and US Spotify Charts upon release and peaking at #1 on the iTunes charts in 29 countries and #1 on the Apple Global Chart. It also set a record for the most single-day streams from an all-female collaboration in Spotify history. The video for “Rain On Me” has amassed over 338 million views, and was nominated for four MTV Video Music Awards, winning Best Cinematography. That same year, Gaga took home the inaugural MTV Tricon Award, for being a triple icon in music, acting, fashion, and activism. USA Today called Chromatica “her best album in a decade,” earning her a Grammy for Best Pop Duo Group Performance for “Rain On Me” with Ariana Grande.

In October 2021, Lady Gaga and Tony Bennett teamed up again to release their second collaborative jazz album, Love For Sale. The album, celebrating the music of Cole Porter, debuted at #1 on Billboard’s Jazz Album charts, Amazon and iTunes in its first week of release, with Apple Music confirming it was also the highest streamed jazz album globally in its first week of release. The album also debuted at #8 on the all-genre Billboard 200 chart. The album received six Grammy nominations this year including “Album of the Year,” “Best Traditional Pop Vocal Album,” “Best Engineered Album, Non-Classical,” and single nominations for their duet “I Get a Kick Out of You,” including “Record of the Year,” “Best Pop Duo/Group Performance,” and “Best Music Video.”

Most recently, Gaga starred in Ridley Scott’s House of Gucci as Patrizia Reggiani, the ex-wife of Maurizio Gucci, who was tried and convicted of orchestrating his assassination. For her performance, Gaga has been nominated for a SAG Award in the Outstanding Performance by a Female Actor in a Leading Role, a BAFTA award in the Leading Actress category, a Critics’ Choice award in the Best Actress category, and she has been recognized by the New York Film Critics Circle as their Best Actress this season. 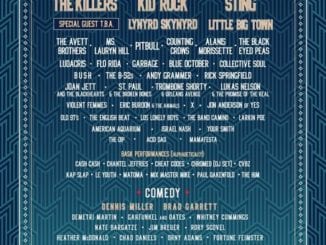 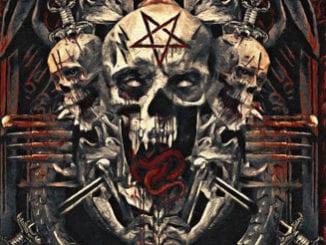 Slayer coming to the Pavilion at the Toyota Music Factory 05.08.19