Sometimes a show happens that we all pray to the goddess that we can go see.

I will be honest, when I saw that Denton band Flickerstick was getting back together for one night only in Dallas, my most significant thought was about how happy I was for lead singer, Brandin Lea. I never thought I would get to go to the show as it sold out almost immediately. So quickly, in fact, the band decided to add another date to their “One Night Only” gig. And when I heard that Fort Worth faves, Cut Throat Finches, would be opening both nights I was even more excited.

I got word about 40 minutes prior to the show that I had credentials waiting at the door for me. Thank you, Sean!!

I arrived just in time to CTF ripping into New Age and it was glorious. Every musician that is part of Cut Throat Finches is awesome and then some and they proved it again and again through every song of their set. Front man, Sean Russell – he of credential giving goodness, is so charismatic and tells great stories between songs. It was fun for me to see a lot of new folks getting to see the greatness of this band.

I have known Brandin for close to a decade, in the way that you know people that you constantly run into in the music scene in Fort Worth. We’ve had some excellent conversations, I’ve seen him play solo and with other music projects, and run sound at almost every venue. What I haven’t seen is happiness inside him. There’s always been a tinge of sadness all around him. That all changed Saturday night. What I saw was a man in his element, doing what he was put on this earth to do. To say he was connected to the crowd doesn’t give it justice. It was amazing, mind-blowing, and I teared up several times watching him on stage.

I know I’ve said a lot about Brandin, but he’s the one I know. The rest of the band, old – Cory, Fletcher, Dominic, Rex, Todd – and new additions Beau and Fatima, all put on a seriously great show. You could read all over their faces what getting together and playing these shows meant to all of them. There was a point in the set with just Brandin and Cory on stage playing a super deep cut song that they both loved. Cory kept wiping his eyes while he sang and played guitar and Brandin was openly emotional while singing and playing keys. At the end of the song, they hugged and cried and it was a beautiful thing.

I can’t tell you the name of a single song that was played, although many of them sounded familiar to me, I can tell you I saw almost every other soul inside the House of Blues sing every word of every song. People that are fans of Flickerstick aren’t just fans, they are FANS! People came from all over the country to see these shows and sing along to the memories of their youth. It was just so cool!

Learning that Flickerstick will go on as Version 3 and start touring again was the icing on the cake! It was an emotional and happy night for musicians and fans alike.

It gave me hope that With Love We Will Survive. 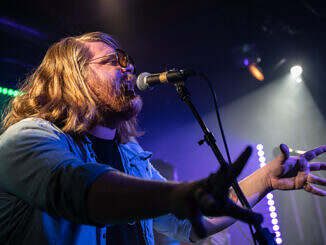 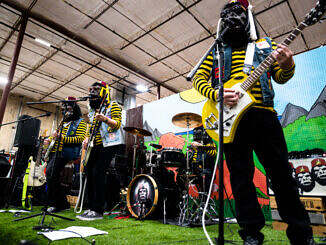 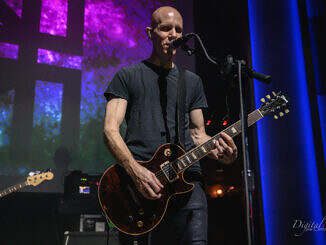