Words by Matt Stubbs of the Jerry Jonestown Massacre Podcast
Photos by Dustin Schneider
It’s not every year you get to celebrate Oktoberfest with two German bands, two weeks
in a row. But that’s exactly what we got to do in DFW this year. KMFDM came to town and
brought their Texas friends, Chant, with them to Amplified Live in Dallas, TX. These industrial beasts graced the stage on Tuesday night after dancing around hurricane Ian while making their way here.
Even though this time around we didn’t get an infamous interview with the singer Sascha Konietzko, we still
got to witness an amazing display of internationally acclaimed industrial rock and roll.
CHANT, from Austin, started sound and lights this night. The band had an awesome
tribal sound with heavily laid drum work and pounding bass-driven breaks. They sounded really
good.
KMFDM blistered the stage on Tuesday night. The band seemed enthused and pumped
to be back in Texas, and rightly so there,  has been a lot of crazy stuff that has happened since
the last time they played in Dallas. One being a pandemic, and two being a Dallas Stars
Stanley Cup Appearance and that’s all I can really think of. KMFDM were tight and vocally spot on. I think there should be some mandatory law that you have to see an industrial band about every business quarter as a reminder of what it’s like to get a good punch in the face.
I’ve told this to many people, Amplified Live has some really cool gigs coming to town over the next few months and both
Chant and KMFDM kicked things off with a great show! 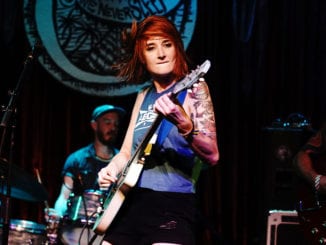 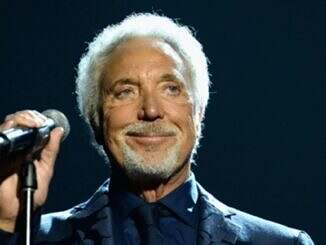 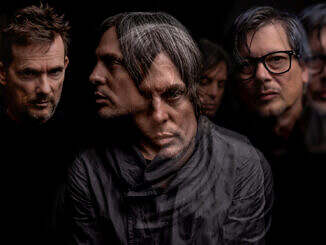