TICKETS GO ON SALE FRIDAY, MARCH 29, FOR HEARD IT IN A PAST LIFE TOUR,

ROGERS’ CAPITOL RECORDS DEBUT ALBUM,  HEARD IT IN A PAST LIFE,

ENTERED BILLBOARD’S TOP ALBUM SALES CHART AT NO. 1 AND CHARTED AT NO. 2 ON THE BILLBOARD 200

March 20th, 2019 — (Hollywood, CA) — Just before launching her sold-out spring tour tonight, Maggie Rogers announced a new series of North American dates. The Heard It In A Past Life tour will kick off on July 26 at Thompson’s Point in Portland, ME. The outing will include a two-night stand at New York City’s Radio City Music Hall (October 1 & 2) and shows at the Greek Theatre in Berkeley, CA (September 20), Nashville’s Ryman Auditorium (October 15) and ACL Live at The Moody Theater in Austin (October 19).  Empress Of and Jacob Banks will join Rogers as support. Visit https://www.maggierogers.com/live/ for itinerary. The acclaimed producer/songwriter/performer will also play numerous festivals, including Coachella.

Pre-sale tickets for the summer/fall shows go on sale to members of Rogers’ fan club on Monday, March 25th.  The AMEX pre-sale begins on Monday, March 25thand the Spotify pre-sale starts on Wednesday, March 27th.  Tickets go on sale to the general public here on Friday, March 29th, at 10:00 AM local time. AEG Presents will present the majority of Rogers’ fall tour. The remaining dates will be presented by independent promoters. Rogers recently wrapped up a tour of the U.K., Ireland and Europe. At London’s O2 Academy Brixton, Florence Welch of Florence + The Machine joined her onstage for a performance of “Light On.”

Rogers is touring in support of her Capitol Records debut album, Heard It In A Past Life, which entered Billboard’s Top Album Sales chart at No. 1 and charted at No. 2 on the Billboard 200.  It has sold nearly 200,000 album adjusted units to date with cumulative streams across all tracks exceeding 400 million. Her current single, “Light On,” topped Billboard’s Adult Alternative Songs chart for two consecutive weeks. Rogers recently performed “Burning,” another track from the album, on “The Late Show With Stephen Colbert.” View here.

In this feature, The New York Times said, “‘Heard It in a Past Life’ is a collection of buoyant electronic pop songs, but the lyrics are unmistakably the work of an introvert struggling to recalibrate.” Rolling Stone awarded the album four stars and hailed it as “a laser focused statement with nary a wasted lyric or synth line.” TIME said, “The album confirms Rogers as a tender but powerful musical force, putting her in the company of a group of solo female artists claiming space outside of the typical machines of pop, country or R&B.” NPR Music noted, “’Heard It In A Past Life’ (is) smart sparkling pop.”

Maggie Rogers grew up in Easton, Maryland. After graduating from NYU’s Tisch School of the Arts, she released her critically acclaimed debut EP, Now That The Light Is Fading. The BBC, Tidal, Google Play, Vevo, Pandora and numerous publications – including Rolling Stone, NYLON, SPIN, Billboard and more – have tipped her as an artist to watch. NPR named her one of its Favorite Musicians and The New Yorker declares, “Maggie Rogers is an artist of her time.”  Rogers’television performances include “Saturday Night Live,” “The Tonight Show Starring Jimmy Fallon,” “Late Night with Seth Meyers,” “The Late Late Show with James Corden” and “The Ellen DeGeneres Show.” Named as the first YouTube Artist On The Rise (AOTR) of 2019, she has also been included in Twitter Music’s #ArtistToFollow, Amazon’s First And Last and Pandora’s Drumbeats programs. 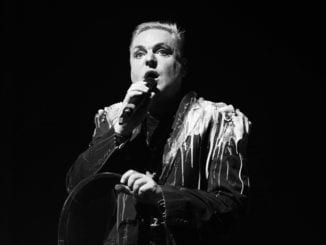 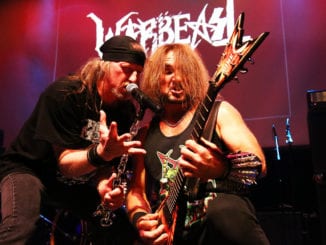 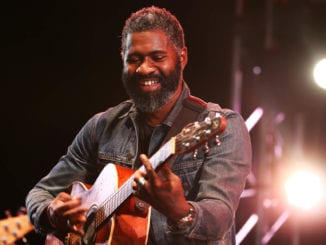 Q & A with Kirk Thurmond