Additionally, Wave’s opening track, “Dream for Dreaming,” debuts today, which is accompanied by a music video directed by Joël Vaudreuil. Watson spoke about the song, saying, “When you come home and your house doesn’t look like the one you left and the strange feeling of being so far from what you had in mind that your skin doesn’t fit anymore. And you’re in the state of disbelief with a strange smile wondering what am I to do now.” Listen to the song HERE and watch the video HERE.

The album also features “Broken” and “Melody Noir,” singles that were released in 2017 and 2018 respectively, during the making of the album. NPR Music deemed “Broken” as“dreamily rendered, falsetto-rich ruminations on the way human beings are wired” and it went on to be featured in “Grey’s Anatomy,” “The Good Doctor” and “Burden of Truth.”

Wave, which was produced by Watson, was recorded and mixed by Rob Heaney at Studio 105 and Studio Pierre-Marchand in Montreal. During the making of the album, Patrick lost his mother, his longtime drummer left the group and he and his partner separated. Of the album, Watson notes, “The songs are about how sometimes you have to sing a love song to yourself when no one else will, allowing the sound carry you and learning to trust where you will land. It is very personal, intimate and the most humble of all my records.”

In support of the release, Watson will also embark on an extensive worldwide tour. The run of shows includes performances at Los Angeles’ Lodge Room, New York’s Webster Hall, Chicago’s Thalia Hall, Nashville’s The Basement East and more. All tickets are on sale Friday, September 6 and are available for purchase at patrickwatson.net. See below for complete tour details.

Watson composes, performs and records his albums with his full band, which includes Joe Grass (guitar), Evan Tighe (drums), Mishka Stein (bass). The recipients of Canada’s Polaris Music Prize in 2007, in addition to Juno and Polaris nominations, Watson and his band have toured on all continents, on occasion playing with full orchestras to bring the rich music to life. Raised and still living in Montreal, Watson has composed several scores for both film and television, including a trailer for “The Walking Dead” and Wim Wenders’ 3D film Everything Will Be Fine. 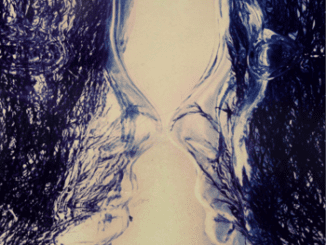