Puscifer returned to North Texas with The Existential Reckoning Tour, Part 2. This time they came to probe Fort Worth at the Will Rogers Auditorium. With Post Malone performing down the street at Dickies Arena, the auditorium was really the place to be to catch a good show. No hate towards Posty though as I’m sure he would have loved to catch Puscifer live as well.

Agent Dick Merkin and crew scanned the crowd looking for extraterrestrial beings while flawlessly performing tracks from their four studio albums. Once again, no cell phones were allowed during the show and no one seemed to be bothered by it. Us older fans enjoyed watching a concert as we did before we had smartphones. No phones in the air to block a production setup that included two big video screens and a tall platform. Although this show was basically the same show we saw a few months ago at McFarlin in Dallas, there was a different feel at this one. The band seemed tighter, the music sounded better in this auditorium and the crowd was a lot more energetic. A couple of jabs were taken by both Maynard and Carina and rightfully so. Agent Merkin (Maynard) sounded disappointed when he realized that he was in Texas. I get it. We get it. Carina did her part when she took off her outfit to reveal a shirt that said “Thank God For Abortions” written across. Obviously taking aim at the strict abortion laws in Texas. You never know how a crowd will react when an artist makes a political or social statement, but the Panther City crowd broke out in a loud roar cheering Carina’s choice in attire.

The three act show consisted of 18 songs and 4 videos starring Agent Merkin. My personal favorite, Bedlamite, ended the concert with Maynard saying, “It’s going to be alright, Texas.” We hope you are right. 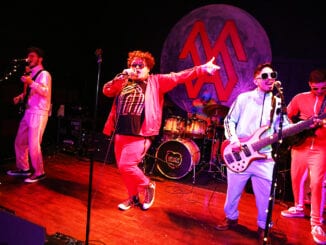 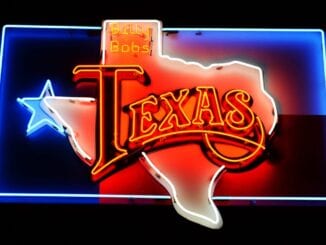 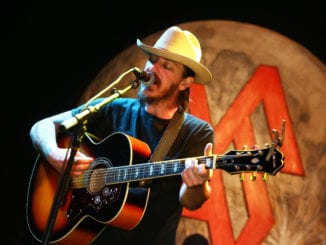